I did not watch The Funeral. I am sure it will be more or less on a loop on social media and several TV channels for the next 24 hours. 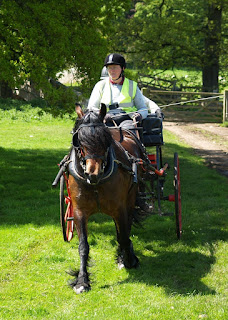 I drove my old Fell pony instead and thought, as we trundled gently through the sunshine, of the carriage drivers I've known who will do it no more, and the one who said that his Fell team were "all ancient, like me." 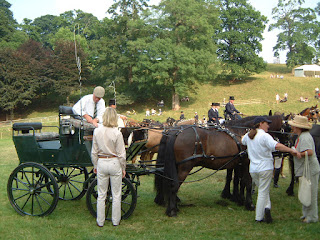 Posted by Sue Millard at 6:07 PM No comments:

Easter Sunday and Remembrance Sunday have two things in common, and one of them is that they are Sundays.

The other is that they make us feel better about death.

Both are linked to a human pattern of thought wants to attribute purpose to a person dying. "Jesus died for our sins." "Soldiers died to keep us free." To which I have to say, "Sentimental tosh. They were killed."

Or, since the grammar checker advises against the use of the passive voice, "Someone killed them".

Or, to remove more vagueness, it wasn't "someone" who killed them, it was another man (on the whole).

"A soldier killed them."

...or a Government employee of some kind, whatever term you choose -- a man (or a woman) employed or co-erced to behave in a way that served policies that had been formed by other men in authority. Pilate's power came from the ruling Roman empire. Rommel and Himmler and other generals derived their authority from Hitler's Nazi regime.

So let's rephrase it yet again:

"The Empire of Rome killed Jesus."

"The Nazi party killed Corporal Jones and his mates."

And both can be boiled down even further into:

"Political power and greed killed them."

I don't believe for more than half a minute that either group of victims was intending to "die for us".

The notions of sacrifice that are attached to Easter and Remembrance Sunday have been put there by other people, and that's because humans don't like guilt and regret and loss, and they do like a story to have a purpose; the same way we like fiction better than news broadcasts, and conspiracy theories better than science. Humans like over-simplification - the "elevator pitch".

Still, if we must have a story and a purpose, then let's respect Jesus (if he existed) and the war dead (who definitely did) for having been regarded as a notable threat to a policy or a system.

But consider also the possibility that the lofty notions of sacrifice or deity have been attached to their deaths afterwards, by those who survived, to make them (us) feel better.

The Awesomeness of the Fell Pony

You may have noticed that I have a very strong bias in my horse "character" preferences. Hoofprints in Eden, Scratch and String of Horses all feature or star Fell ponies. Guess why...
http://www.jackdawebooks.co.uk/ 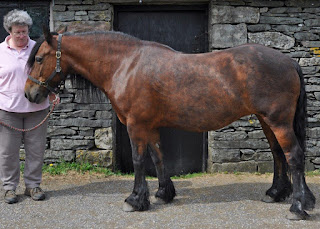 Because they are awesome... 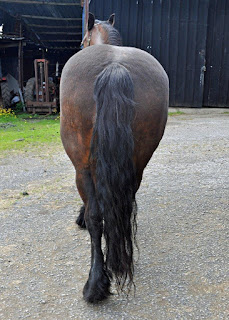 Newcomers to the blog may not realise that I don't just write books about Fell ponies (or that I write other things as well). I write the script/s and commentate  for the Fell Pony Society's Display Team. I edit the Fell Pony Society's Magazine, and look after their web site. I serve on the FPS Council and on a couple of sub committees. I'm on the FPS sub committee that's planning the celebrations of the Society's Centenary coming up in 2022 - helping with a book, a video and an exhibition.
I also look after the historical resource that is the Fell Pony And Countryside Museums web site, which gives background and historical context to the real life collections at Dalemain.
Not bad for an awd OAP grannie, eh? Oh aye, and in between times I drive my Fell pony.
Step aside, we're comin' through. 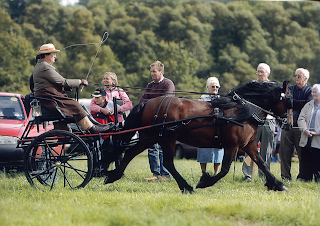 Out of pure curiosity I enquired within the Oxford English Dictionary online and found these gems:

1825 Manch. Guardian 2 Apr. 3/3
In the houses of some ignorant people, a Good Friday bun is still kept ‘for luck’, and sometimes there hangs from the ceiling a hard biscuit-like cake of open cross-work, baked on a Good Friday, to remain there till displaced on the next Good Friday by one of similar make.

1876 F. K. Robinson Gloss. Words Whitby Pref. p. xii
Best flour biscuits are made on Good Friday, to be kept as a year's supply for grating into milk or brandy and water to cure the diarrhœa; and with holes in the centre, we have seen ‘Good Friday biscuits’ hanging from the ceiling.
It seems Good Friday has been Good Friday since about 1300AD and not, as I've occasionally been told, "God" Friday.
Posted by Sue Millard at 9:43 AM No comments: